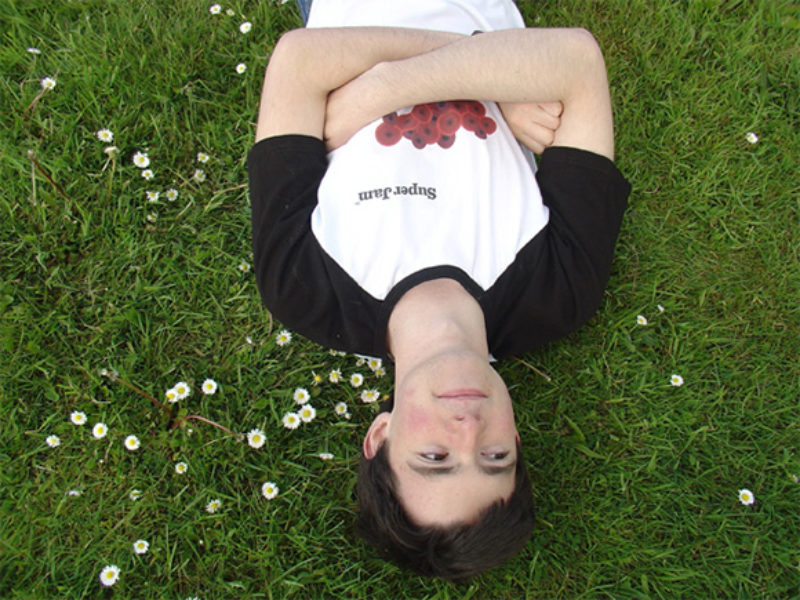 Fraser Doherty's simple recipe for success? Do what you love. Photo courtesy of SuperJam.

Living in Silicon Valley, I’m used to being blown away by the technical genius of entrepreneurs and the sheer determination the best of them have to use technology to make the world a better place. Earlier this week, however, I was reminded that being a geek isn’t a prerequisite for starting a business that makes a dent on the planet.

Fraser got his start in the food business as a kid, raising chickens. (He shuttered the business after a hostile takeover by a local fox.) Undeterred, Fraser went on to learn how to make jam from his “gran” in her Edinburgh kitchen at age 14. The customer base for his first line of preserves was confined to neighbors and friends from church, but news spread quickly, and by 16, Fraser left school to make fruit jams full-time.

A decade later, SuperJam has sold millions of jars and can be found in thousands of supermarkets worldwide. Launching a healthy, successful product would have been enough for most entrepreneurs, but “Jam Boy,” as Fraser calls himself, also wanted to give back in a meaningful way. So, he conceived SuperJam Tea Parties, a nonprofit that organizes free socials for elderly people who live alone or in nursing homes. Since 2008, the charity has thrown hundreds of events across Scotland, England, and Wales, with live music, good conversations, and of course, delicious jam and scones.

Shortly after his company made its first million in 2008, Forbes interviewed Fraser, asking how he felt about being so wealthy so young. “I can’t be preoccupied with the money,” Doherty said. “I make jam because it’s what I love to do.” Proof that even in the digital age, simple ideas, pursued with passion, can result in sweetly successful businesses.

Have you ever turned a personal pursuit into a business?