The One Thing You Need to Generate Great Ideas 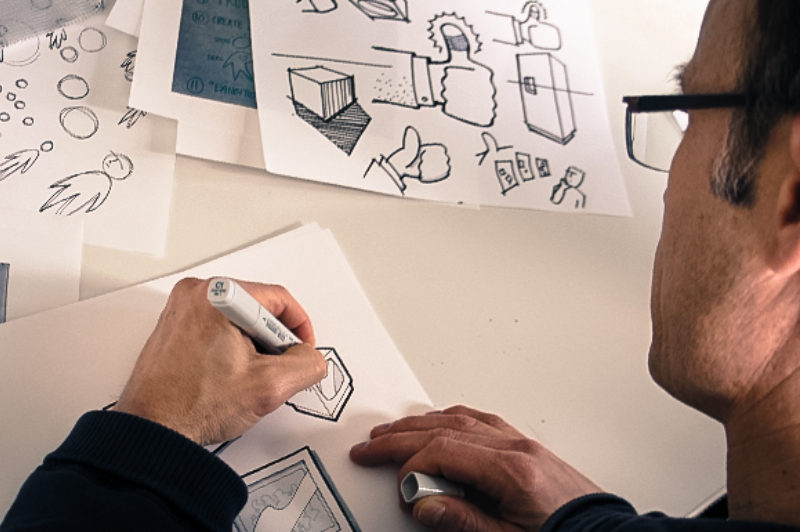 A drawing is worth a thousand words. That's my version of the age-old adage. When it comes to expressing the functional and emotional merits of a new idea, I firmly believe you have to make it visual.

All children draw. Then, somewhere in the course of becoming logical adults, we unlearn this elemental skill. As Bob McKim, founder of Stanford’s product design program, and "lateral thinking" pioneer Edward de Bono have found, when you use drawing to express an idea instead of words or numbers, you engage a different part of the brain. To draw an idea accurately, certain decisions must be made that even the most precise language can overlook. The result of making that series of small decisions? You’re able to get to novel solutions more quickly.

Here's an example of how drawing helped us refine a business strategy for a client: Many years ago, when online banking was still in its infancy, a start-up called Juniper Financial asked IDEO if we thought banks still needed buildings, vaults, and tellers. The team wanted to understand how people thought about money. But that's harder than it sounds. You can observe customers paying bills or withdrawing cash, but it's tough to scan their brains while they're at it.

Instead, the team asked people to draw their money. One woman penned little Monopoly-style houses that represented her family, 401(k), and rental properties. The team dubbed her “The Pathfinder” since she was focused on long-term security.

Another woman drew a pile of money and a pile of things. “I get money and I buy stuff,” she told the team. She became “The Onlooker” who focused on day-to-day finances instead of long-term goals.

Talking about money can be emotionally difficult, but asking people to draw their relationship to money unlocked important insights that helped Juniper refine its target market and build a more effective service.

Visual thinking isn’t limited to illustrations, either. It can take many forms. Mind maps, two-by-two matrices, and other visual frameworks can help explore and describe ideas in valuable ways that require little more than a few straight lines and some imagination.

So, next time you reach an impasse, pull out a sketchpad or saddle up to a white board and quiet that inner voice that says you can’t draw. You may end up seeing your way through.

When has visualizing your idea instead of talking about it resulted in a better solution?