Stuck in a Job You Hate? 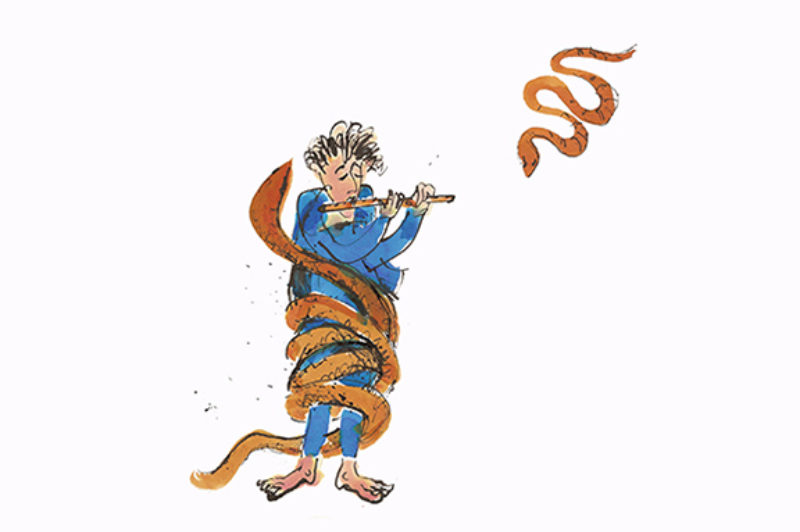 While there’s a lot to be grateful for this Thanksgiving, new figures from Gallup's 2013 State of the American Workplace Report suggest having a personally rewarding job isn’t one of them. Just 30 percent of employees say they’re engaged and inspired at work, while over half (52 percent) admit to checking in physically, but out mentally. Even worse, the remaining 18 percent are infecting others with their unhappiness. When you consider the average adult spends over 90,000 hours of his or her life at work, job dissatisfaction becomes a problem of epic proportions.

One hurdle to looking for a more satisfying job might be monetary. The economy’s still a bit shaky, it feels risky to jump ship. But I’m guessing the bigger hurdle is mental. It can be scary to change things up, especially if it means learning new skills. While it might take a while for the economy to right itself, job-haters can do something today to change their predicament: “touch the snake.”

You might have come across this seemingly counterintuitive phrase in Creative Confidence, the new book by my friends and colleagues Tom and David Kelley. They’re not suggesting a literal serpent, of course, but the “fear of failure” coiled up in our brains, ready to paralyze us with inaction at the smallest provocation. The Kelleys were inspired by Albert Bandura, the world-renowned psychologist and Stanford University professor. Bandura developed an approach to overcoming fears called “guided mastery.” Using real snakes, Bandura would walk people through a step-by-step desensitization process. First, he’d say there was a snake in the next room. Next, he’d make them stand at the door. Eventually, they were able to walk inside the room and touch the snake without anxiety. After that, their phobias were gone. As it turns out, guided mastery doesn’t just help people with lifelong phobias, it can help those looking to make life changes, too.

Many years ago, for instance, I decided I wanted to be a designer, but didn’t know what it entailed. At university, I gradually learned the process of design by doing it. At first, I wasn’t very good (in fact, most of my ideas were pretty terrible), but step by step I got better and, by the time I graduated from college, some of my ideas were good enough they made it to market. Any doubts I had about being a designer had disappeared, thanks to a series of small successes. Bandura would call this belief in my creative abilities “self-efficacy.”

This holiday weekend, if you count yourself among the disaffected 70 percent of employed Americans, I challenge you do some soul-searching between bites of turkey. Ask yourself: What’s your “snake”? What’s holding you back from having a job that fulfills you personally as well as professionally? What small steps could you take right now to get you on the road to your dream job? As Bandura discovered, any action, however big or small, is the best antidote to fear.

How will you start down the road of your new working life?