More on simplicity at TED 2010 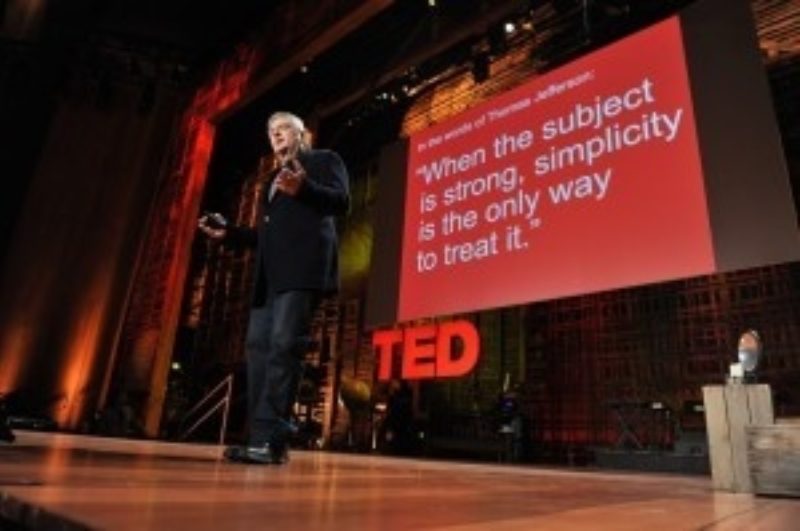 I just got back from TED where the content was as great as usual, maybe even better, and the networking even crazier. There were definitely more movie stars around this year. I guess the move to Long Beach is good for them.

The topic of simplicity merited its own session as part of the overall theme of  "What the world needs now". I have to say I thought the theme worked really well this time and it was nicely reinforced by the stage set which was representative of  start-up attic.

So, back to simplicity. It's a topic I have covered here before but there were some thoughtful additions from a number of folks this week. The great mathematician Benoit Mandelbrot gave us a potted history of his amazing career which included the discovery of fractals. He asked the question "is there a science of simplicity?" His main point was that simple rules create complex outcomes.

George Whitesides, the most cited scientist around today, proposed a concept of simplicity built around four principles: predictability, low cost, high performance and stackability. The stackable idea was particularly interesting and relates to Mandelbrot's point. Whitesides showed how things as complex as the inernet are a stack of simple ideas working together. So simple ideas are most useful when they can interact with other simple ideas to create complexity. Back to simple rules create complex outcomes.

Philip K Howard, the legal reformer, made a beautifully simple proposal that could cut through the crazy complexity of the contemporary US legal system. He proposes that instead of judging the law based on its effect on the individual it should be judged based on its effect on society. He has proposed a new form of health court in which a judge appoints technical experts to help him adjudicate civil cases. The argument is that we could save between $200billion and $600billion in US annual health costs by taking this approach.

The last inspirational contribution to simplicity came from designer Alan Siegel, founder of Siegel and Gale. He showed some stunning work he has been doing to simplify IRS forms and bank credit agreements. By taking a human centered approach and by using plain language Alan has created a real breakthrough. I desperately hope this particular form of simplicity will make it into the world very soon.