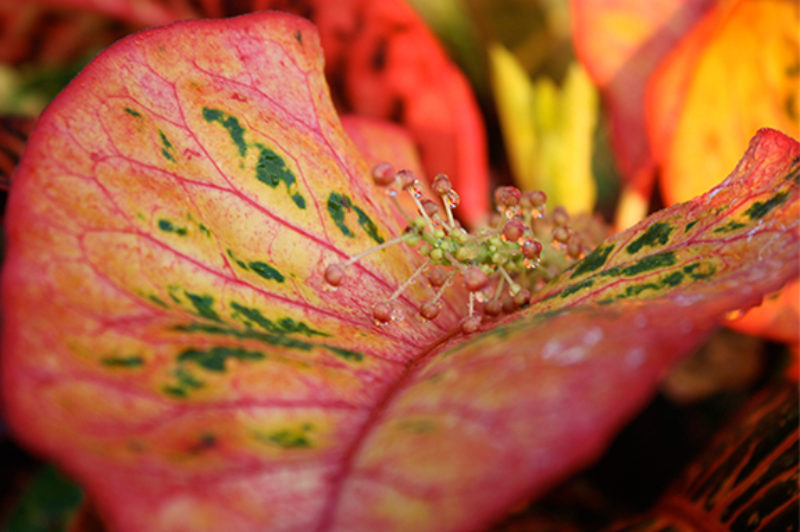 There’s an entire industry built around how to be a better leader and build strong, dynamic teams. But for the last few years, my colleague and dear friend Jane Fulton Suri and I have been looking to the earth and seas and sky for inspiration.

A Partner, Chief Creative Officer, and a founding member of IDEO’s human-centered design practice, Jane believes that the natural world has much to teach us about cultivating the optimal conditions for creative teams. Together, with help from design biologist Tim McGee, we’ve come up with a few bio-inspired tips:

In the natural world, certain organisms create a habitat for diverse species through their own growth. For example, a single tree can provide unique perches and conditions that foster life adapted to those regions. A rainforest canopy supports an entire ecosystem of mammals and birds that live on insects, fruits, and seeds from the trees and other plants growing within their branches.

What kind of office habitat can you create to encourage creative teamwork and help different personalities thrive?

When birds fly in formation, the group stays organized without top-down control. By following one simple rule—maintain distance—each individual bird keeps track of the bird to the front and the side of it so the entire flock is able to act in a coordinated way. Simple rules allow coordinated action, or swarm intelligence, to emerge from a community of individuals.

In creative teams, it can be difficult to effectively coordinate action or achieve group consensus. Typically, in human communities, we default to top-down hierarchy: someone takes charge and makes all the decisions. But that structure runs the risk of disempowering others and dismissing good ideas. How can we coordinate a team’s activities and still maintain the motivation, energy, and agency of individual contributors? For example, during brainstorming, teams can be more productive by agreeing to defer judgment and have one conversation at a time.

What guiding principle or simple rules would ensure team members preserve their autonomy while remaining coordinated with group progress?

Sea turtles spawn hundreds of offspring and leave them to fend for themselves. Subjected to a combination of pressures—predators, ocean currents, temperatures—most won’t make it to maturity. But those that do survive strengthen the gene pool and better adapt the species to its environment. Compare this with elephants (and humans), which have only a few offspring, but invest a tremendous amount of guidance and resources to make sure they succeed.

Contrast that to idea generation amongst teams. Fearing failure and judgment, we humans tend to quickly converge on a promising solution and develop it to high fidelity. But the investment of time and energy in an idea that ultimately proves unsuccessful can be demoralizing. As with turtles, it’s more effective to explore a greater number of ideas at lower fidelity, knowing that many will ultimately not make it out in the world. If you iteratively prototype multiple ideas, teams will learn what works and what doesn’t with minimal investment.

How do you encourage your team to explore a broad range of ideas cheaply and with low fidelity so they don’t converge on an idea too quickly?

Contrary to widespread belief, biologists are finding that successful organisms tend to collaborate more than compete. Birch trees and rhododendrons, for example, grow close by each other in the woods. The birch provides shade to the rhododendron, keeping it from drying out. The rhododendron, in turn, provides the birch with defensive molecules that protect it from being eaten by insects. This symbiotic relationship allows both to survive longer.

At IDEO, a similar transfer of insight and skills keep the organization healthy. Learning from ecosystems like the forest, we form cohesive groups that add up to more than a sum of competing parts. More than anything else, it is this deep collaboration that enables our teams to thrive in challenging work environments.

How can each team member’s skills build on those of others to allow growth?