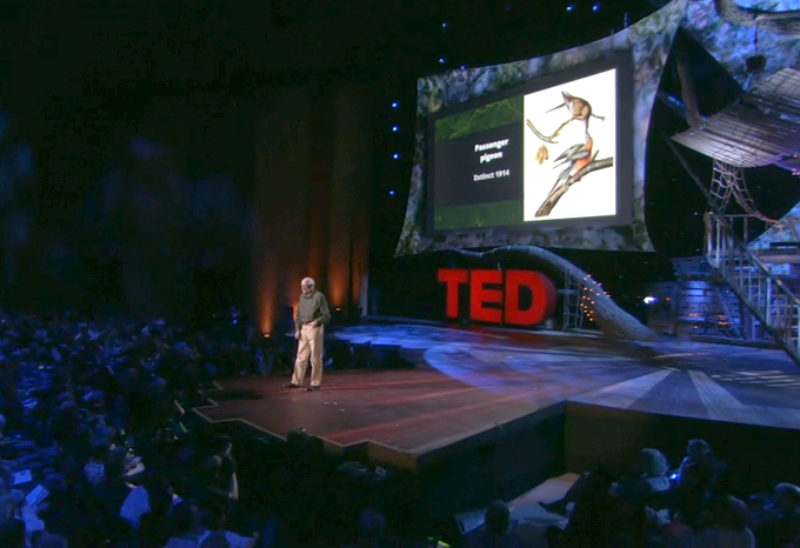 For three decades, three big red letters have signified an annual forum for the creative and forward thinking to share groundbreaking ideas. From revealing the first Apple Mac in 1984 to Jamie Oliver’s heartfelt plea for a Food Revolution in 2010, TED has been one of the best platforms in the world for making complex ideas completely gettable and easily sharable.

It’s hard to believe that for most of its history TED conferences were only accessible to an elite audience with significant resources. Lucky for us, seven years ago, curator Chris Anderson made these sessions available online to watch and download for free. Today, TED Talks are memes that instantly spread to millions across the world.

I humbly count myself among those lucky enough not to just attend TED conferences, but also to speak at them occasionally. I look forward to next week’s special gathering in Vancouver, B.C., called TED: The Next Chapter. It marks the conference’s 30 anniversary. Like any milestone, it’s a good chance to reflect on what’s come before. In the spirit of the TED Talk’s signature brevity, here are three of my favorites who will be part of this year’s “All-Star Sessions.”

Sir Ken Robinson, “How Schools Kill Creativity” - There’s a reason why this author, educator, and creativity expert’s talk is the most watched TED talk ever (over 25 million views). Sir Ken argues for a significant rethinking of education leadership from “command and control” to “climate control” in order to create environments that nurture kids’ creativity. It’s been a huge boon to those of us interested in unlocking the creative confidence of the next generation.

John Maeda, “How Art, Technology, and Design Inform Creative Leaders” – A programmer, artist, and former president of the Rhode Island School of Design (RISD), Maeda is passionate about putting the “A” (Art) into “STEM” education (Science, Technology, Engineering, and Math). This talk was taped when he was at RISD’s helm, trying to bring technology to the storied, handcraft-focused school.

Stewart Brand, “The Dawn of De-Extinction. Are You Ready?” – The founder of the Whole Earth Catalog and Long Now Foundation, Brand argues for “de-extincting,” or bringing back previously extinct species like the carrier pigeon. Whether you’re horrified or indifferent, the idea that our current understanding of science may be deep enough to reverse environmental damage and return to a balanced eco-system is a paradigm shift that utterly transforms our legacy to future generations.

And if you’re new to TED and looking for an overview, the organizers have put together thisplaylist, which features 17 of their favorite talks over the past 30 years.

What are your favorite TED Talks and why?