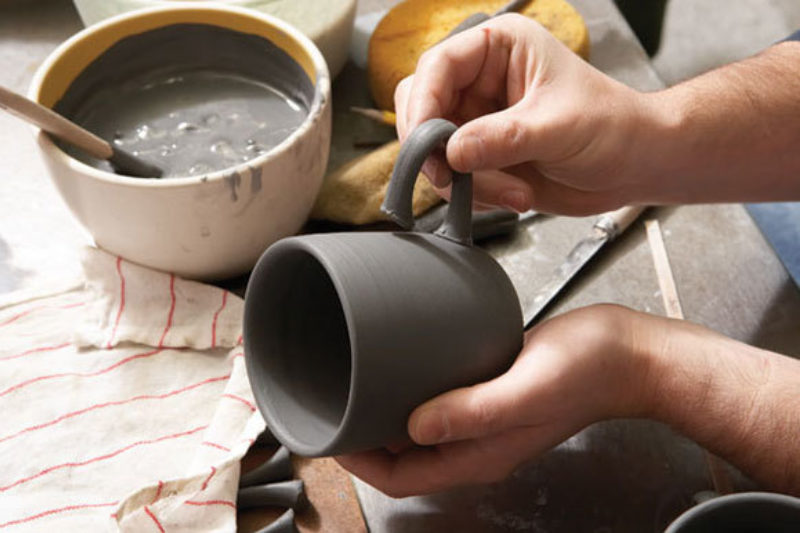 “When I walked into Heath it sounded so different from my office."

It was this visceral difference between the sounds of a small ceramics manufacturer and those of a consulting design studio that got Cathy Bailey started on the path to co-leading Heath Ceramics. In partnership with her husband Robin Petravic, Cathy has shaped Heath into an icon of the San Francisco manufacturing revival. I got the chance to sit down with her after a recent IDEO Design Evenings event to chat about the challenges and rewards of designing a business. Some highlights from our conversation:

Ten years ago Cathy Bailey was tiring of design consulting. While out looking for ideas that might be the genesis of a startup, she came across Heath, a Sausalito-based ceramics manufacturer founded in 1947 by Edith Heath. While not a startup, Cathy realized that Heath was a business with “good bones”—and that the 50+ year-old company was a place where “people really cared about what they were making.”

What followed was a process of editing, rebuilding, and redesigning much more than the Heath product line. Cathy and Robin’s challenge was to redesign the business itself and create a company where “design is the whole thing”—the business model, the culture, and the story.

Many small manufacturers of craft-based products have disappeared, because the traditional business model of creating relatively high cost products distributed through wholesale channels results in prices that the market cannot support. Heath Ceramics has shifted to direct-to-consumer for the vast majority of its sales. This means that as a manufacturer, Heath must now go beyond the products and take responsibility for designing a great consumer experience both digitally and at its retail outlets. The reward for this broader investment in design is the capture of more profit margin. This is a lesson learned by the likes of Apple, as well as Heath—and one that could be a applied by many more high quality, low volume manufacturers.

“The culture had good bones but it was nostalgic.”

How do you go about evolving a culture that is more focused on the past than the future? One of the unexpected challenges, and one of the reasons it took a while, was the time needed to connect to and understand a group of people who were totally different in their backgrounds and experience. As designers, Cathy and Robin had been used to spending most of their time with people who were essentially similar to themselves. Now they were working with craftspeople who could offer considerable perspective when it came to the products and the craft but had never been asked to engage with the broader design of the business. The first step was to open the books to employees so that they had the opportunity to understand what design trade-offs might be necessary. This first step “changed the dynamic” of the culture.

Heath Ceramics is as much a story as it is a selection of products. It has a rich set of narratives ranging from its founding by Edith Heath in 1947 to its deep expertise in glaze. Celebrated restaurants such as Chez Panisse and The Slanted Door use Heath ceramics, making it a part of the San Francisco food movement as well as the manufacturing and craft revival.

Despite the challenges and risks of reinventing a small craft-based manufacturing business in the USA, Cathy tells me, “it’s not such a risk if we can tell the story.”

Might this idea of designing the whole business be the basis for a resurgence of craft and manufacturing elsewhere in America?